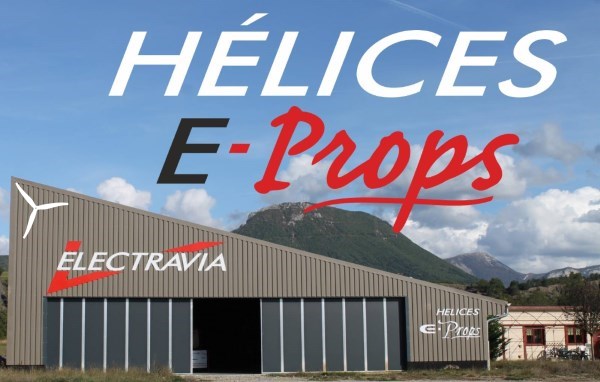 
- HELICES E-PROPS (SAS ELECTRAVIA) : company created in 2008 by 3 aviation enthousiasts
- Today, a team has 32 aeronautical engineers and technicians
- Ultra-modern workshops = 2200 m² on Sisteron airfield (LFNS), Provence, France
- The team designs and manufactures carbon propellers models, which are the lightest propellers in the world, as well as other hi-tech carbon aeronautical parts.
- The company produces 45000 blades / year + many other carbon parts.
- E-PROPS propellers equip 200 types of aircraft and ultralights / LSA and 350 paramotors brands.
- The E-PROPS company is directly working with more than 40 major aircraft manufacturers.
- E-PROPS propellers are sold in 80 different countries.